XOMG Pop! was formed during the hit series SIWAS DANCE POP REVOLUTION. The pop group is comprised of six tween performers and is managed by Jessalyn Siwa (JoJo's mom!) XOMG Pop! will be performing and attending a meet and greet at Mall of America to celebrate the release of their latest album. 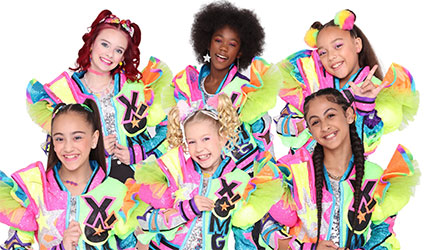