From museums and theaters to gardens and landmarks, spend one day in each of our three major cities — Minneapolis, Bloomington and Saint Paul — exploring art in all forms.

Day One: Minneapolis There’s no better place to begin than the Minneapolis Institute of Arts, the state’s largest art educator. Inside this neoclassical building are more than 83,000 pieces spanning 5,000 years and several continents, including prints, photographs, paintings, textiles, sculptures and works in other mediums, including ones by names like Monet, Matisse, van Gogh, Rembrandt and Degas.

Another must-visit museum is the Walker Art Center, the Upper Midwest’s first public art gallery, which was dubbed “possibly the best contemporary art museum in the U.S.” by Newsweek. The collection here boasts more than 11,000 works of contemporary and modern art, and the museum also regularly hosts temporary exhibits, films and special events.

After you’ve had your fill of artwork for the day, head to the Guthrie Theater for a different kind of culture. This bright blue building sits on the banks of the Mississippi River, offering one of the city’s best views from its 30-foot-wide Endless Bridge, plus a full service restaurant, numerous bars and standout productions across its three stages. It’s a public building, so you can visit even if you don’t take in a show. 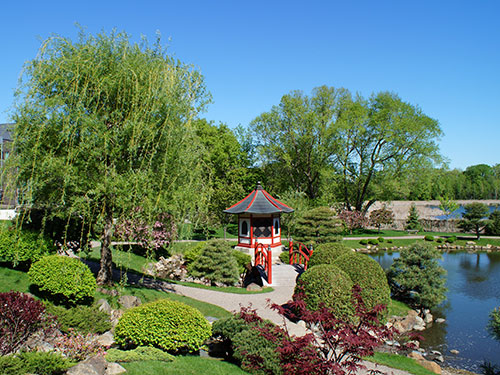 Normandale Japanese Garden Day Two: Bloomington Pay a visit to the Bloomington Center for the Arts, where you’ll find two theaters and two art galleries. The theaters host an annual performance series, while the galleries display exhibits by professional, local, and regional artists in varying media, styles, and genres.

After spending some time inside, head outdoors to Normandale Community College’s Japanese Garden, which is open year-round. The two-acre garden features traditional Japanese elements, such as bridges, stone and hanging lanterns, streams, waterfalls and fish. Flowers are typically sparse in Japanese gardens, however in this one you’ll see cherry and apple blossoms in the spring, followed by irises, Japanese lilacs, azaleas, pagoda dogwoods, hydrangeas and others that change with the seasons.

Day Three: Saint Paul There are stunning landmarks to be seen east of the river, including the Cathedral of Saint Paul, a Beaux Arts-style wonder set on Summit Hill, the Minnesota State Capitol,

a Renaissance-style building with a dome that echoes that of St. Peter’s Basilica in Rome, and Summit Avenue, the nation’s longest avenue of preserved Victorian homes, including the former stomping grounds of F. Scott Fitzgerald.

Stimulating productions featuring authors and artists are often held in downtown Saint Paul's Fitzgerald Theater. Nearby is the Ordway Center for the Performing Arts, which regularly hosts Broadway productions, world dance, and music. It is also the home of the Minnesota Opera, the Saint Paul Chamber Orchestra, and The Schubert Club. Also downtown is Landmark Center, which contains seven different museums and exhibits, covering topics ranging from wood art to historical events and musical instruments.

You might also enjoy… Day Trip Itinerary or Discover, Learn and Play at Local Museums 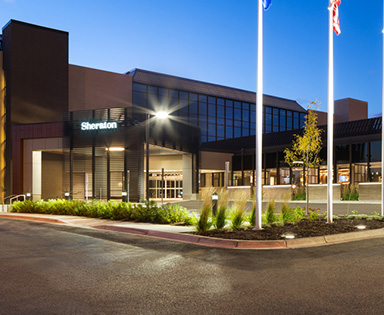 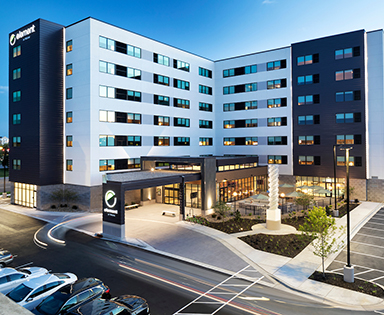 The new Element Bloomington is open! Element hotels are intuitively constructed with an efficient use of space and a focus on sustainability. Located across the street from Mall of America.
Book Now 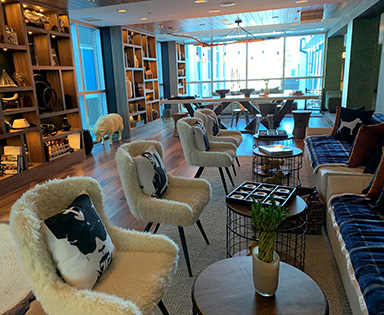 Experience the new and stylish Renaissance. A hotel with first-class service and an exceptional location. Offering free shuttle service to MSP Airport and Mall of America.
Check Availability