Two-time Grammy Award-nominated band The Lumineers present "Brightside", a North American tour featuring music from their album of the same name. The group’s unique brand of rock has earned them widespread acclaim for hits like “Gloria” and “Life In The City.” 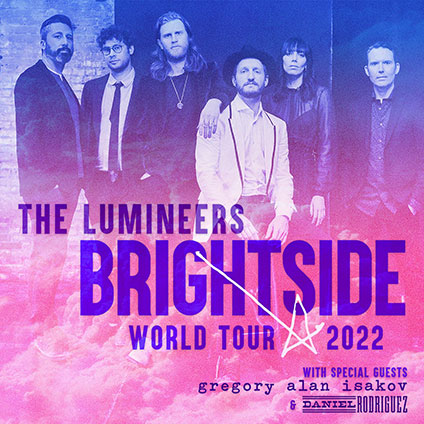