Panic! at the Disco

Panic! at the Disco

Panic! at the Disco is back with their seventh studio album, Viva Las Vengeance, which will be released on August 19. The band will play songs from the album and others from their vast catalogue during a show at Saint Paul's Xcel Energy Center on September 14. Beach Bunny and Jake Wesley Rogers will open the show. 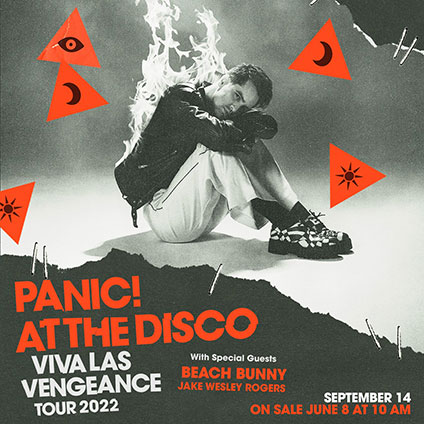