Grammy Award-winning and Rock and Roll Hall of Fame member Janet Jackson is back on the road after four years away. "Together Again" celebrates Jackson's 50th anniversary of joining the entertainment industry. Recording artist and actor Ludacris will join Jackson on tour. 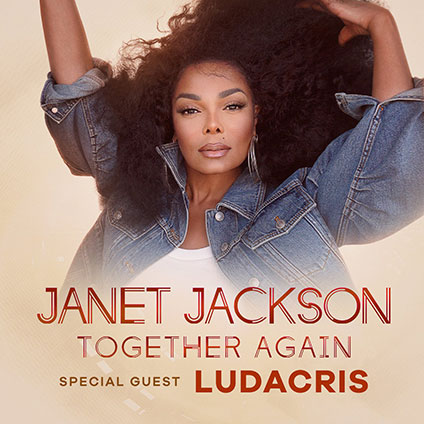