The trio of comedians that make up Baddie’s Comedy, Brandon Riddley, Pierre “Cool P” Douglas, and Bruce Leroy Williams, are a group of former class clowns turned nationally famous comedians. Though Baddie’s is local to Minneapolis, the group has gained broad acclaim and even been featured on Comedy Central. 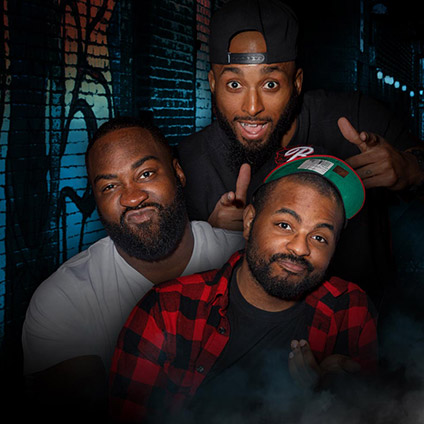